Dallas women are—ahem—opening up to a plastic surgery procedure that some doctors are calling the new boob job. 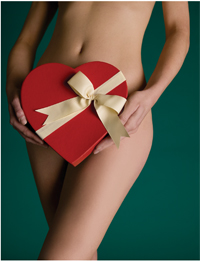 It’s gotta be a joke. That’s what Shay Gibson thought. Her husband called from the road one night last spring, saying he’d heard a comedian on the radio talking about a plastic surgery that tightens vaginal walls called vaginal rejuvenation. “I thought there’s no way the procedure can be real,” Gibson says. But, with her interest piqued, she turned to the Internet. That’s where she learned it wasn’t a joke—and that this wasn’t the only operation, either.

Gibson, a 28-year-old mother of three who lives in Dallas, could also have her labia trimmed or even her hymen reattached. Doctors across the country regularly perform the surgeries. And the more websites she visited, the more FAQ pages and testimonials she read, the more, actually, Gibson thought an operation could be right for her.

Truth was, sex for her had become less enjoyable after the kids were born. She couldn’t feel her husband as much. “I thought, ‘Why not do it?’” Gibson says. Her husband agreed.

She flew to San Antonio last July, where she met Dr. Troy Robbin Hailparn at the Laser Vaginal Rejuvenation Institute. Hailparn is one of two doctors in Texas performing the surgeries—the other’s in Pharr—and the only woman using the laser for these procedures anywhere in the country. Gibson had her vaginal walls tightened and, for appearance’s sake, her labia trimmed. The procedure took a little over an hour. She flew home the next day.

The healing process took two months, but it was worth it. Gibson won’t soon forget the first night back with her husband.

But there are no nationwide statistics kept on the number of such surgeries. The LVRs are too new for that. Dr. V. Leroy Young, head of the American Society of Plastic Surgeons Emerging Trends Task Force, first heard about the surgeries three years ago. He thought then they were a fad. He doesn’t now. He’s noticed the proliferation of ads in magazines and on billboards, and the web sites that have popped up, even the discussion of laser vaginal rejuvenation on Dr. 90210, a reality show on E!. Young says that he hopes to have relevant stats by the end of the year.

It’s about time, Hailparn says. The labia surgeries she performs at her clinic have tripled from two years ago, and the vaginal tightenings have doubled. “I’ve done hundreds of these in the past two and a half years,” she says.

Naturally, not everyone’s pleased business is booming. Some feminist bloggers and authors say LVR is female objectification; at worst, they liken it to genital mutilation. More locally, Charles Curran, a professor of human values at SMU’s Perkins School of Theology, calls the surgeries “just as rank” as anything else society faces today. And the American College of Obstetricians and Gynecologists, while withholding a formal opinion of the surgeries, aired several “concerns” about them in a 2004 letter, namely how the surgeries are marketed to the public, labeled within the medical community, and taught to other surgeons.

Indeed, business booms for people like Hailparn because so few doctors are willing to perform the surgeries. The controversy surrounding them is too great. “I think it’s seen as kind of a vain thing,” Young says. Too vain for plastic surgeons? “The sexual aspect of it is what makes it a little more taboo.”

And we still have yet to talk about what’s most taboo, the hymen repair. Yes, you, too, can have your hymen reattached (well, if you’re a woman). Shay Gibson opted out of that procedure. But Jeannette Yarborough didn’t. She’s a medical assistant from San Antonio and she went to Hailparn to have her vaginal walls tightened and her “virginity restored” as a gift to her husband on their 17th anniversary. “It was the ultimate gift that I could give him,” Yarborough says.

Though Hailparn doesn’t do too many hymen repairs, Dr. Marco Pelosi does. He’s a gynecologist in New Jersey who’s performed hymenoplasties for 30 years. Until recently, the women requesting them came from Middle Eastern cultures in which punishment for an impure bride was, in some cases, stoning. Today, though, most women requesting the surgery are upper-middle class, largely white, coming from all over the world (and, yes, Dallas, too, Pelosi says, though D could not reach any former clients), and they are having the procedure for reasons similar to Yarborough’s. Pelosi now does 10 hymen repairs a month, up from two a decade ago.

Thomas G. Stovall thinks it’s all bunk. A past president of the Society of Gynecologic Surgeons, he told the Wall Street Journal surgeries to improve one’s sex life rarely work and “hymen repair is a totally bogus procedure.” Jeannette Yarborough disagrees. She says Stovall should ask her husband if he thought the hymen repair was bogus. And as far as the sex goes, both she and Gibson say it is “incredible” now.

In any case, none of this comes cheaply. A hymen repair costs about $5,000, roughly the same price as a vaginal tightening and a labia trim. To have two surgeries performed, as both Gibson and Yarborough did, can cost as much as $12,000. Financing in some cases is provided through the clinic. But, still, $5,000 for a surgery that will be undone by morning? Twelve thousand dollars for surgeries that insurance won’t cover?

“This can be a relationship saver,” Hailparn says. She says the surgeries are borne, more times than not, out of marital unrest. After childbirth, “no one is talking to women about the sexual intercourse,” she says. “Ninety-nine percent of my patients say their OB-GYN isn’t asking about it.” Women have been taught to accept a frustrated sex life, Hailparn says. Or a mid-life filled with pain (because some pants chafe too much) or embarrassment (because some pants reveal too much). “It doesn’t have to be that way,” Hailparn says.

Shay Gibson agrees. “I think every woman should have it,” she says.

Dr. David Matlock, the pioneer of vaginal rejuvenations, who now does 500 a year in Los Angeles and teaches other surgeons how to perform them, offered the procedures 10 years ago “as a result of listening to women,” he says. And he’s kept listening. If a woman is pressured into a surgery, he won’t do it. (Hailparn and Pelosi say they won’t, either.) But now women want more than the perfect vagina, Matlock says. So he’s had to work harder. He’s already patented one idea, even tested it on eager women who enjoyed the results in their yoga and spin classes, or driving over cobblestone streets. Matlock says the product will hit the market this summer.

It is a collagen-based g-spot enhancement.

This article appeared in D Magazine on April 24, 2006. Dr. Hailparn is a Board-Certified OB-GYN with advanced training in cosmetic-plastic gynecology procedures. She has performed over 3,500 vaginal rejuvenation, labiaplasty and other cosmetic gynecology procedures since 2003. To contact the Cosmetic Gynecology Center of San Antonio, call 210-615-6646 or use our contact form. We're happy to answer your questions or help you book a consult.

The recommendations and information provided by this website are for educational purposes only. This website does not contain comprehensive coverage of the topics addressed, and is not a substitute for direct consultation with your healthcare provider. Always consult a physician regarding your specific condition. Final results of any medical procedure are dependent on many different factors and vary from patient to patient. Trademarks referred to are the property of their respective owners. Pictures used on this site are of models and not actual patients unless otherwise stated. ©2016 Cosmetic Gynecology Center of San Antonio.

I wanted to reach out and update you on how we're approaching COVID-19 at the Cosmetic Gynecology Center of San Antonio.

At this time, my team and I have been fully vaccinated and we are taking all reasonable precautions to protect our patients. We are scheduling and conducting consults, along with in-office treatments and surgeries. We continue to check temperatures and ask that all patients or guests wear a mask while in our office.

As we go forward, we'll be sure to keep you updated and know that we always put your health first.